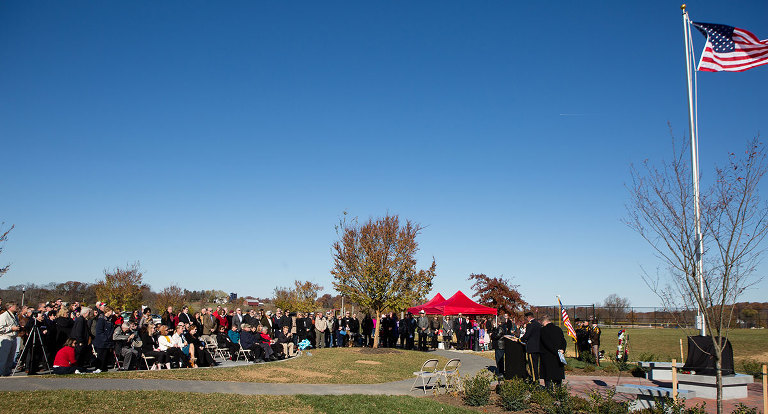 While November 11, Veteran’s Day in the US, fell on a Friday this year, Saturday the 12th was the date of a somber, beautiful dedication to the fallen military of Frederick County, MD.  That cold, clear morning, several hundred people came together at Urbana District Park to consecrate a memorial to the county’s eight who’ve given their all in defense of our nation over the course of this long and continuing war on terrorism.  To see the entire gallery, please visit : http://www.jeffbehm.com/urbana_memorial

The raising of the nation’s flag by the Marine Corp’s B Company, 4th Light Armored was accompanied by a color guard made up of members of the Frederick County Sheriff’s Department, the Fort Detrick and the Frederick Police Departments.  The Urbana High School Choral Ensemble performed a magnificent National Anthem in accompaniment.

The initiative for a memorial was driven by friends and families, in particular Jonathan Sanderson, friend of one of Captain John Dennison of Ijamsville.  In addition to Capt. Dennison, the memorial also commemorates the service and sacrifice of 1st Lieutenant Robert Seidel III, Emmitsburg; Staff Sargent Charles Cartwright, Union Bridge; Sargent David Smith, Frederick; Sargent 1st Class, Lance Vogeler, Frederick; Sargent David Williams, Urbana; Corporal Kurt Shea, Frederick; Specialist Ronald Wildrick, Jr.; Woodsboro.  All but one were young men in their 20’s, and the oldest only 30 years of age.

Greater love hath no man than this, that a man lay down his life for his friends. 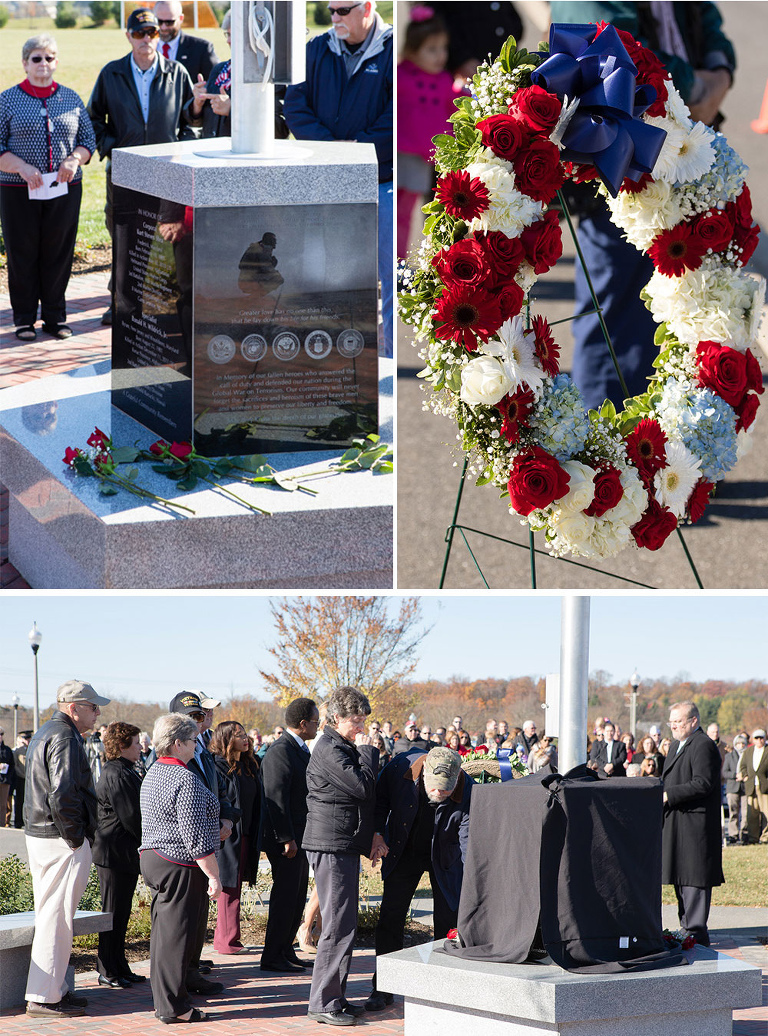 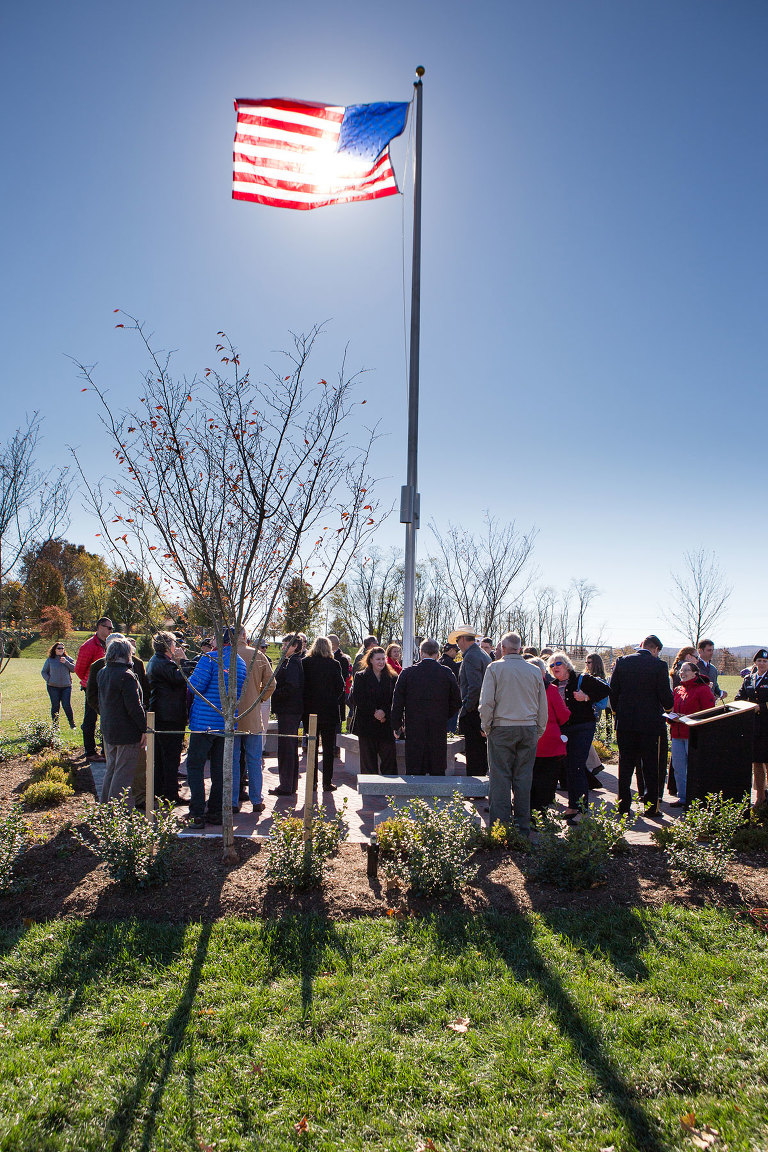