Photo Restoration, History and Family – Through the Ages

Connecting one’s family directly to the Battle of Gettysburg through photographs is wonderfully important.  Being a professional photographer as well as an amateur student of history, its good to be included in something special, like what Gary did for Terri.

Gary approached me a couple of weeks ago, concerning some old and fading photos of his wife, Terri’s, great-great grandfather, a man who fought for the Union in Maryland’s 3RD Infantry Division.  As a surprise for Terri, Gary was interested in recreating this scene as well as some restoration of old photos and how best to preserve the original family treasures.

We planned a date for me to arrive at the historical marker in advance of the two of them, so I could be ready to go and keep the surprise alive.  We pulled that off, despite a little rain interference. 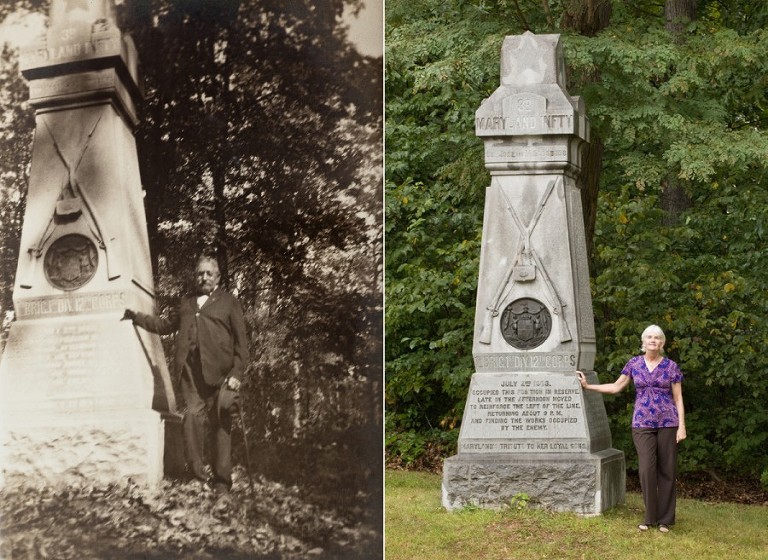 Look closely, those may be the same two trees behind the marker, grown bigger over the intervening 100 years

After the session, Gary gave me two photos, one of Terri’s great-great grandfather, standing exactly where she’d just been (goosebumps), and one of him as a new young soldier, his official portrait in uniform for the family.  The photo at the historical marker is in pretty decent shape, but the new soldier portrait was almost invisible due to fading and deterioration.  I copied both per design, in order to make, repair and restore the images for the new display Gary plans.

Then I set about the challenge, especially that of the soldier portrait.  It took some time and effort but I’ve been doing this for 30 years, and feel there’s been a remarkable improvement through these efforts.  I’m not a believer in colorization of B&W originals, but love restoring these old photos to visual usefulness. 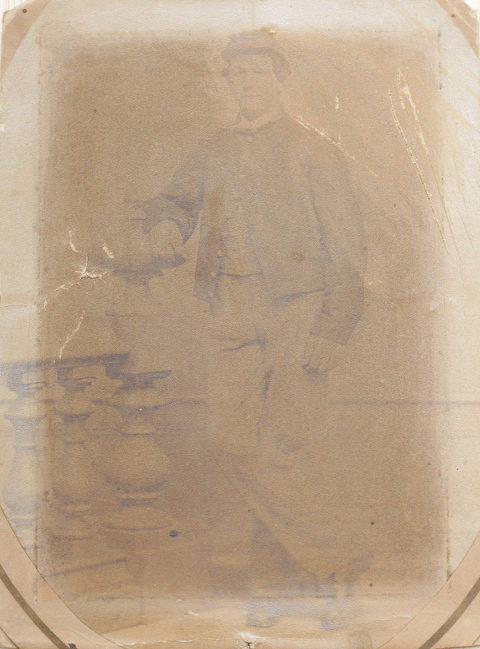 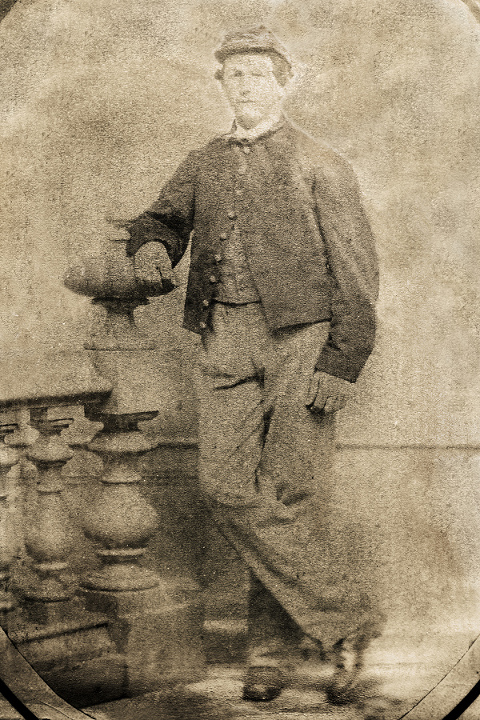 History, photo restoration and the importance of photography in keeping us connected

Here we are, just having passed the 150th Anniversary of the Battle of Gettysburg.  It’s on the minds of many people who appreciate history, as it should be.  As is said, those who forget history are doomed to repeat it. If that war were to happen today, by comparable percentage of today’s population, the bloodbath would be six and one half million dead, wounded or missing!!

Maryland was especially affected by the American Civil War, being ostensibly a neutral state (not seceding), but also a plantation state, a slave-holding state and a state caught directly between a hotbed of anti-slavery, Quaker-founded Pennsylvania, and Virginia, scene of many of the major Civil War battles in the East, and host state to the Confederate capitol in Richmond. There were quite a few Maryland divisions fighting on both the Union and Confederate sides, many times hotly engaged against each other in the cruelest of ironies.  One such place was Antietam.  Another, Gettysburg.  On Culp’s Hill at that battle, the Union’s Maryland 3rd Infantry and the Confederacy’s 2nd Maryland were in opposition to each other.  Yet another terrible result of such wars.

Fifty years after the fact, Terri’s great-great grandfather, Frank, attended the anniversary of the battle, searched out the historical marker designating his old unit’s location, and had his portrait made standing there, hand upon the stone, linking him backwards to those three awful days, 50 years before.

Now, in 2013, 150 years removed from the fight, and 100 years from her ancestor’s visit to his youth, Terri stands, touching the same stone, in the same place as her great-great grandfather.  The connectedness through time of it all gave me a shiver when I realized it’s significance.

I love history.  Among my favorite television shows are Faces of America, with Henry Louis Gates, Jr. and Who Do You Think You Are?, from Ancestry.com, in which individuals’ geneology is traced back as far as possible.

Because my forebears wrote books like “They Came to North Tama” and “Hurrah for Bonnie Iowa”, both by Janette Stevenson Murray, from my mother’s Scots side of the family, I’ve read a good deal of family history in North America, at least going back to the mid 1800’s.  My mother, grandmother and their family also shared the oral histories of the clan’s move from Bedrule, Scotland to Canada and then to Iowa, leading me to visit Bedrule several years ago, and sign my name in the book of names at the church in the heart of this tiny village.  While there, I also visited the graveyard with so many Turnbull names on the stones, as well as driving by the ancient Turnbull Castle and ultimately spending time with my brother John, who then lived on the grounds of the old Turnbull estate.

Let me repeat: I love history.  With that in mind, I have been thrilled to be involved with a partial reconstruction of another family’s history, at least, from a photographic perspective.  If you need photographs restored, feel free to call me at 724-730-8513. 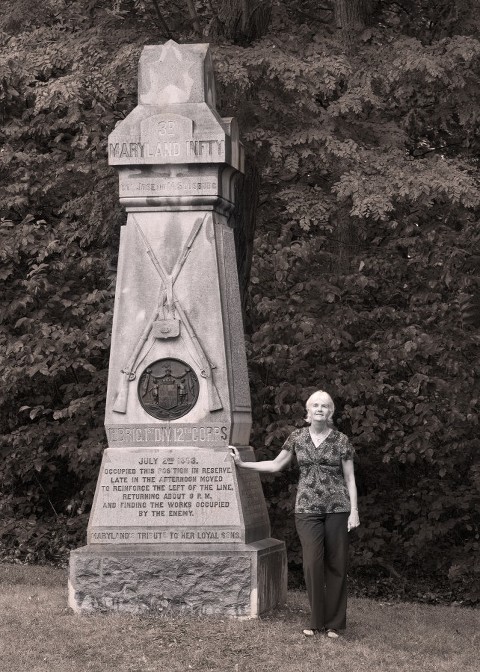