A Day with the Art Institute of Pittsburgh

Friday was show-time here at Behm Photographics!  As part of their online photography teaching program, two great guys, Mike and Dave from the Art Institute spent virtually all day in the studio, video taping what goes on.

Many, many thanks go out to friend Michelle who graciously agreed to be the victim… er…uhm, volunteer client for several hours of simultaneous filming, both by me shooting her portrait, and by Mike and Dave, shooting me shooting Michelle.  Can ya follow that OK?

Untold hours of digital video were created, and I have no idea what will get used.  Meanwhile here are some shots from the day’s events.

First we have Mike, who coordinated with me, over the several months this was in the planning stages.  Phone calls, emails, contacts with others at the AIP all fell to Mike.  Dave handled the actual video production of the sessions, with fine attention to detail, as is necessary to do what these guys do.  Both had boundless energy and great sense of humor.  Probably their most valuable assets as they produce these tapes. 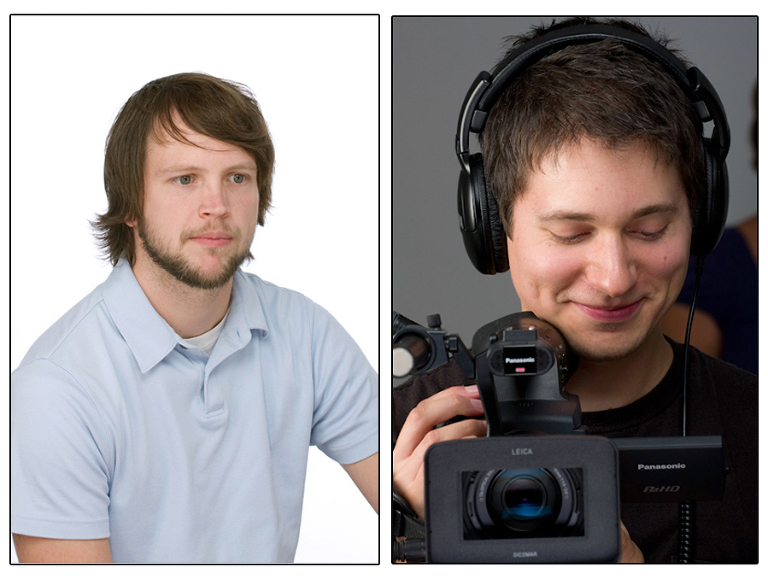 Mike seems to have been concentrating on something else as he sat in my photo set when I decided to do a lighting test.  Surprise!  On the other hand, Dave is sitting in the exact same spot, a bit later in the day.  He’d been standing just out of my camera’s frame, behind Michelle filming me shooting her.  Suddenly he asked if he could trade places with Michelle so he could shoot directly into me, seeing what the client sees.  If you look, Michelle is just behind him, where I asked her to stand.  Dave wouldn’t be able to interact with me as he filmed, an interaction which helps me stay connected.  Therefore, Michelle, just over his shoulder is continuing to do be the “subject”, so to speak.

And Michelle, who had no idea what she was getting into, was terrific.  Why did she have no idea?  Because neither did I.  I just knew they wanted a volunteer to be a client in a sales setting.  Little did we know Michelle would also be a photographic subject, but she did great!  Even when I grabbed a burgundy sheet and fastened it around her with a clip in the back to hold it.  She was very cool about it all. 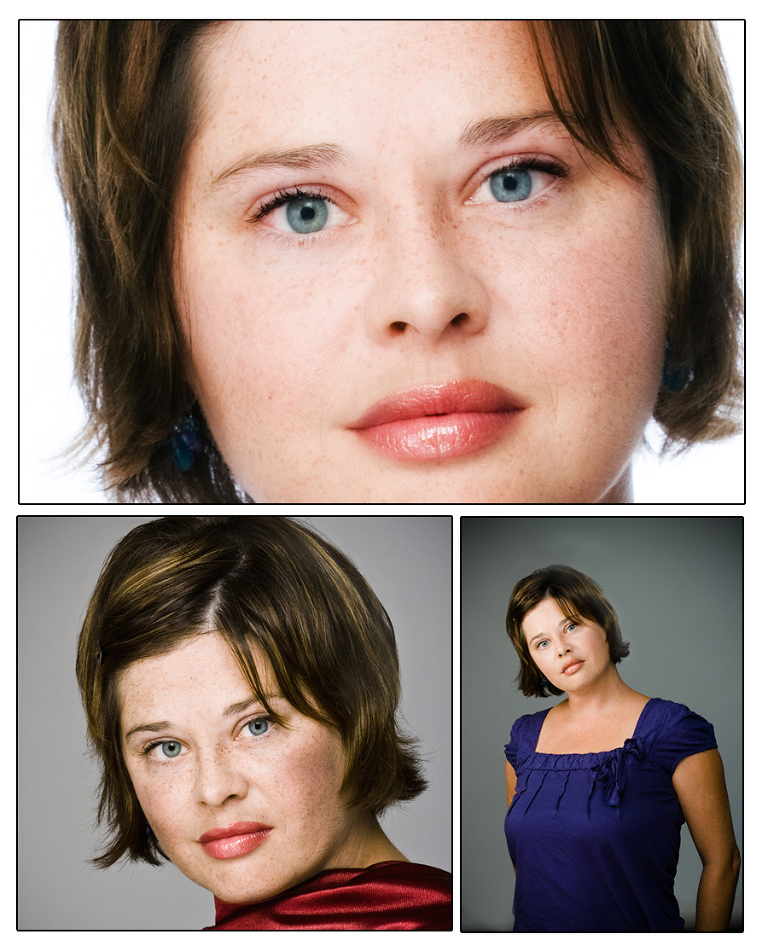 So thank you, thank you to the Art Institute of Pittsburgh, for thinking I might have something to contribute to this wonderful blend of art, science and business, and special thanks to Mike and Dave (hope you got a chance to check out North Country Brewing on your way home) and a very special thank you to Michelle for being such a great sport!

Behm Photographics is located in New Wilmington, PA,  but has traveled the world in pursuit of outstanding photographs.  Like most studios, we traditionally serve the people in the communities nearest us – New Castle, Ellwood City, Butler, Grove City, Slippery Rock, Mercer, Sharon, Greenville and the rest of Lawrence Butler and Mercer Counties.  Still, for 26 years, photographic work has taken us from Houston, TX., to Stamford CT., to Edinburgh, Scotland and all Canada and the United States.  Call 724-730-8513 or email info@behmphoto.com to learn more.