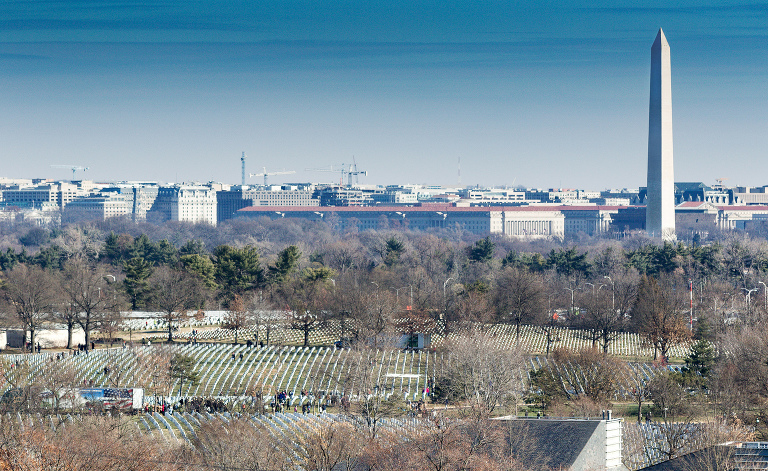 View from the hill, looking over Arlington and Washington DC

Saturday, Dec 15, 2017, I tried to attend the annual wreath ceremony at Arlington National Cemetery.  The goal was photography of the volunteers as they did their bit for service at this holiday season to those who have given everything for our nation.  Visions of close-ups of wreaths laid on the simple white stones, with softly out-of-focus foregrounds and backgrounds danced through my head…. Oh, how little I understood the magnitude of this event, leaving Frederick at 8 AM as I did.  5AM would have served my purposes much better. 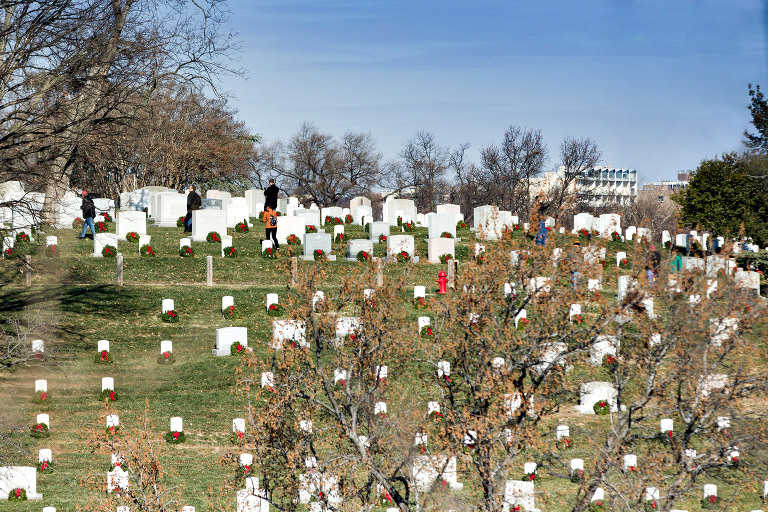 Traffic driving down was light – right up until I neared the last few miles of the journey.  It was light because everybody who was going – and who knew – was already there!  Suddenly, on the George Washington Parkway, everything stopped dead.  Evidently, there was no more room in the parking lots, so the buses bringing volunteers from all over had parked on the exit and extended out onto the highway.  Like hundreds of other cars, I thought it was a waiting line to get in, not realizing the buses had parked and the volunteers had disembarked and hiked to the entrance.  30-40 minutes of waiting for the line to move forward, one car at a time, kept me hopeful, only to finally realize that what I’d seen as progress was actually people ahead suddenly seeing the problem, giving up and going elsewhere. 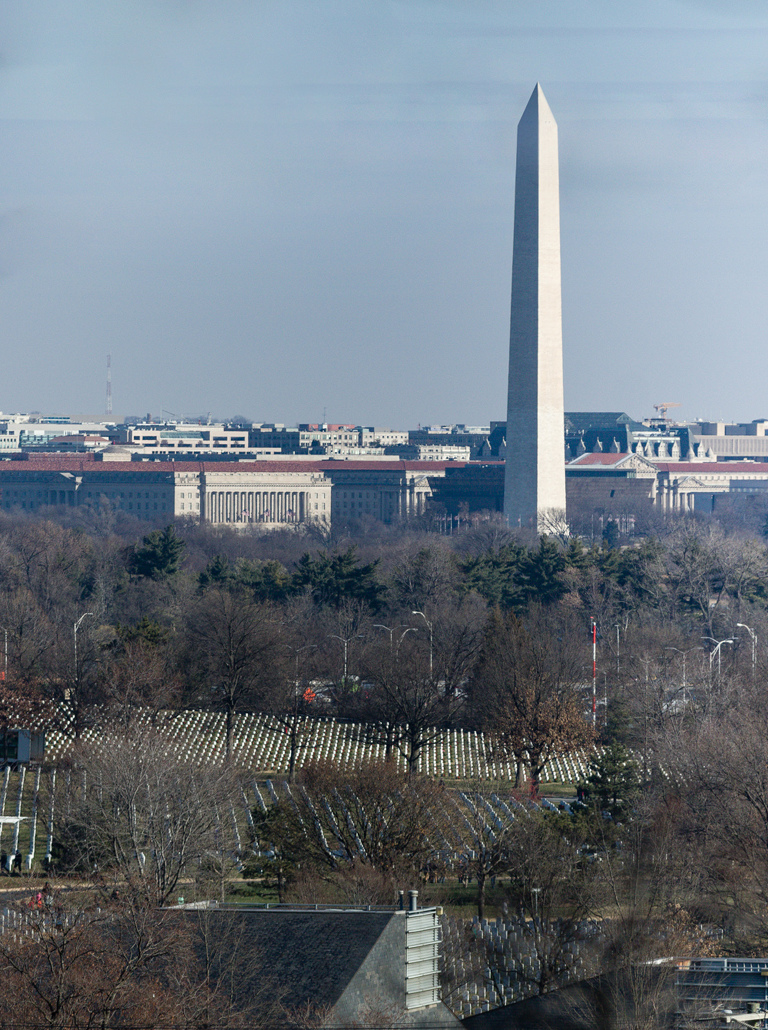 I went elsewhere, too, but didn’t give up, changing my destination to the Air Force Memorial, high on a hill overlooking Arlington, the Pentagon and Washington City – the white city – from up there.  In speaking to a sheriff’s deputy up there, I was informed that he had been on the team opening for business at 7:00 and there were thousands lined up already for the 7:30 security check-in for activities that wouldn’t really commence until after 8:30. 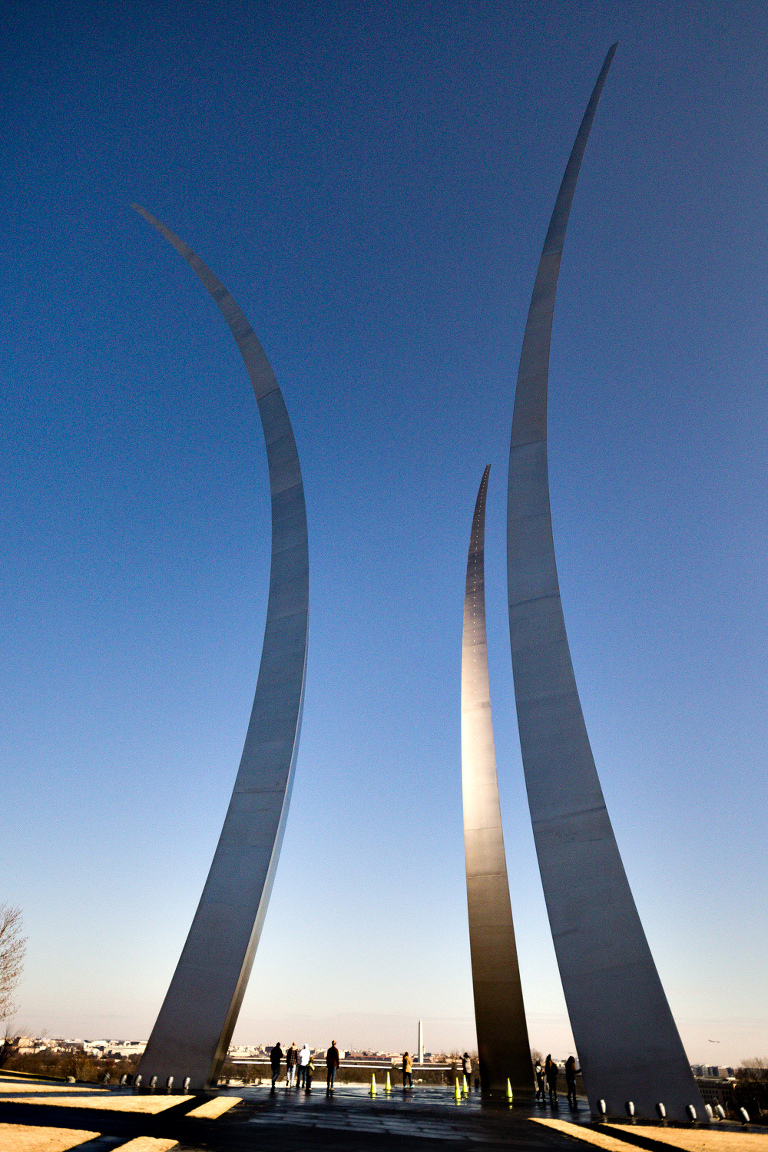 The temperature at 10:30 AM when I arrived on the hill was around 23F with a wind of about 15 mph blowing constantly.  For DC, that’s cold!  My hands numbed quickly, and the gloves in the car were too cumbersome for the camera.  (Have to locate my fingerless gloves for certain.) Finally, complaints aside, it was an awe-inspiring event.  Seeing it from above led to a greater appreciation of the sheer enormity of the undertaking.  How enormous?  250,000 to 300,000 wreaths were distributed and laid between 8:30 and 11:30 AM, according to a tractor trailer driver at a restaurant after, where I met my older son for lunch at 12:30.  That driver had brought wreaths from North Dakota, and I was informed of the occasion by a friend who makes wreaths in Maine.  It’s a very big deal, all done as a volunteer service. 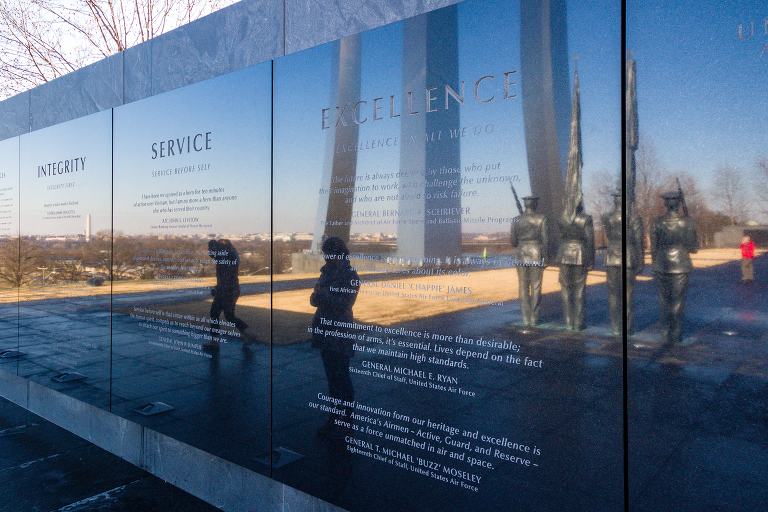 While I would have liked to have achieved my original goal, I learned a lot, and will certainly plan better next year. 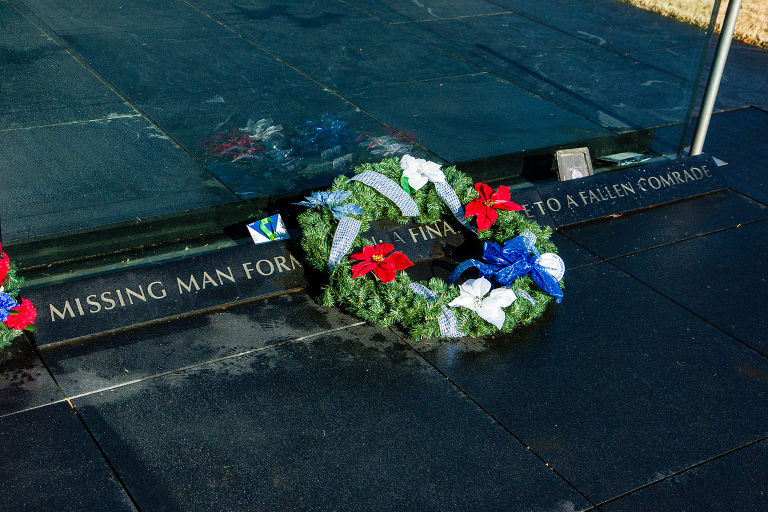 By the way, another photographer, Mary Kate Mckenna Battles informed me that the real problem is finding enough volunteers for the clean-up effort that comes after the holidays.  Something to consider, for anyone seeking a way to contribute. 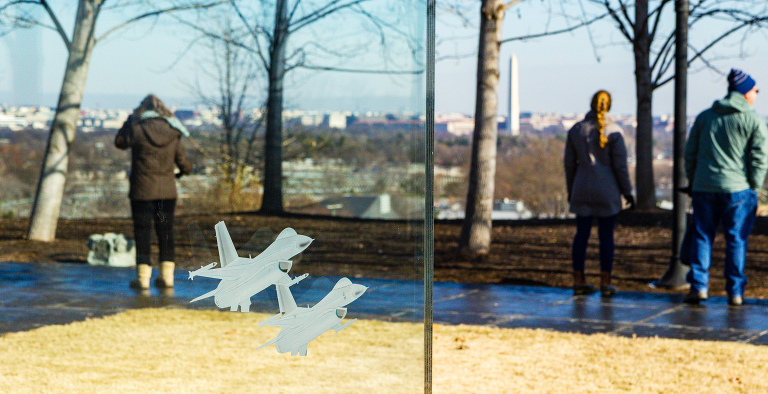 Posted in Art/Scenic, Uncategorized
Show Hide 1 comment
« Jewel of the Eastern Shore
Season’s Greetings to You All! »