They’re OFF!  6:30 AM for the Tour de Frederick Century 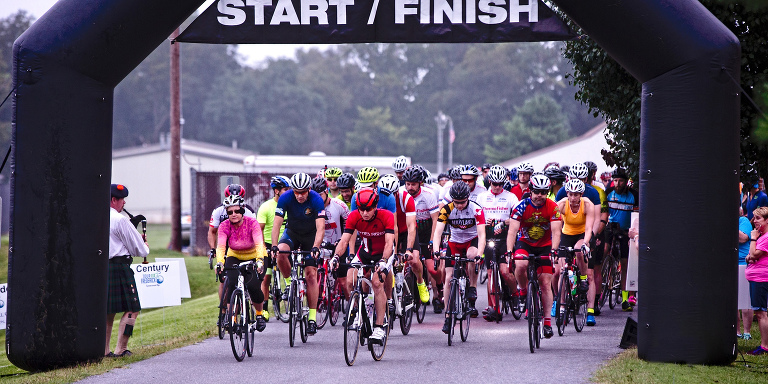 Despite the previous evening’s rain, and before the novel Penny-farthing bicycle race in downtown Frederick that attracts so many viewers to its mid-day, city streets based short run, there are several other races, starting at 6:30 in the morning. 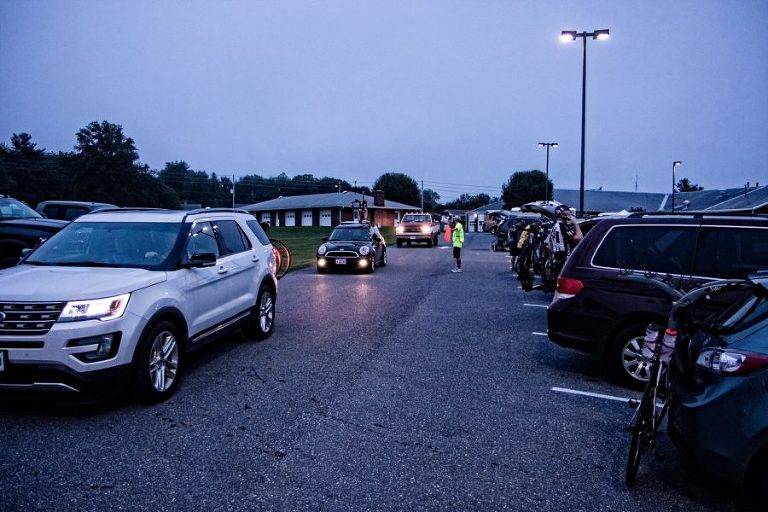 Perhaps the above explains why, with so many participants, there are so few spectators for the  important and nationally respected distance events.  Coupling that early start to the long interval before riders return for the finish may explain the attraction of the condensed space and time in which the high wheelers event takes place.

Make no mistake, however. The nationwide respect for the distance events is huge and possibly more critical to the attraction of the Tour de Frederick.  The Wegman’s Century (100 miles), the McShea Properties Metric Century (100 kilometers/62 miles), the Will Group Foundation Club (32 miles) and the Morgan Keller Family Ride (11 miles) attract literally several hundred riders from around the country and region.

This year’s start and finish were at the Walkersville Volunteer Fire Hall, built around staggered beginning times, with the Century at 6:30 AM, the Metric Century at 7:00, and then a delay to about 8:30 before the Club and Family rides began.

My own enjoyment of cycling has been curtailed by complications from a knee injury, but volunteering to photograph for the Frederick Bicycle Coalition keeps me in contact with the sport until I’m back in the saddle.  This year, a previous assignment shortened my availability, but I did drive  up to Gettysburg, PA., for the turn-around of the Century.  The first riders came through Sachs Covered Bridge on the edge of the Gettysburg Battlefield at around 8:40 AM, or only about 2 hours and 10 minutes to ride 50 miles over winding back roads!  Impressive as hell!  At the bridge was a rest station with essential nutrients – oranges, bananas, tomato sandwiches, water and sport drinks, sponsored by Darius Mark’s State Farm Agency.

As a courtesy to all riders, Tom and Roger Rinker’s The Bicycle Escape was on-site at the start/finish area, plus another location midway in the course for on-the-spot tuneups and repairs of all the usual needs.  Reports from Tim Du Four also indicate that there were no emergencies or serious incidents in this year’s rides, especially when compared to the 100+ degrees of last year, 2016.  Congratulations to the Tour de Frederick and all the sponsors and volunteers who devote so much time and energy to making this event such rousing success. 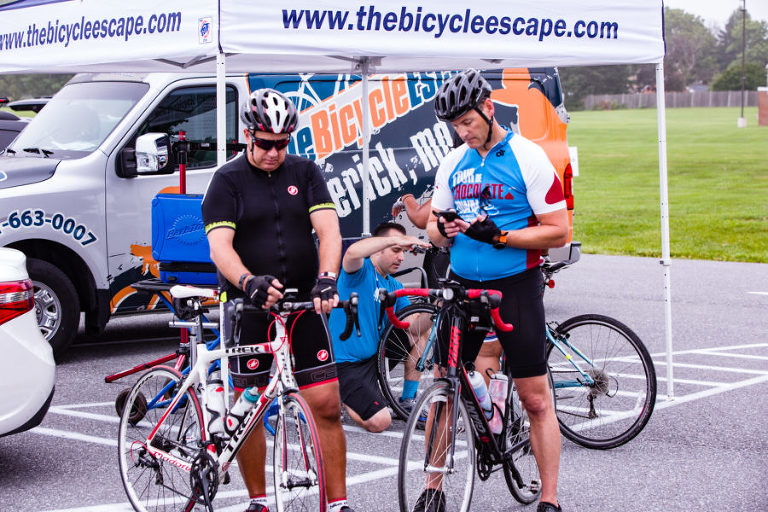 The Bicycle Escape, one of America’s best Bike shops! 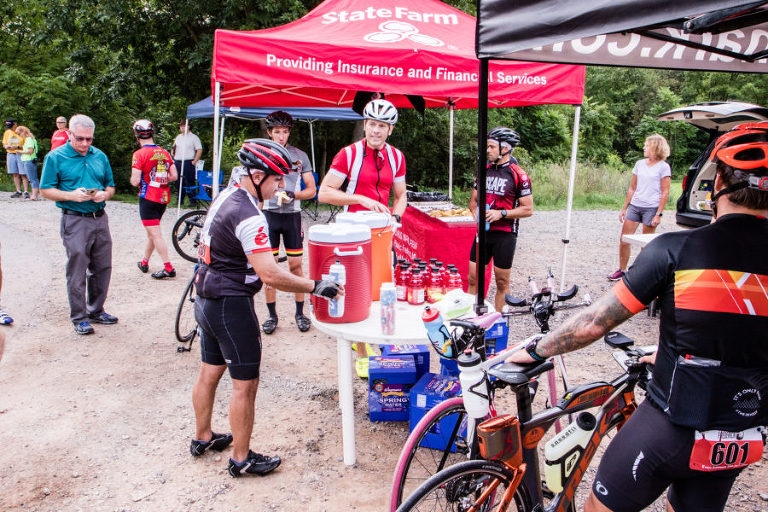 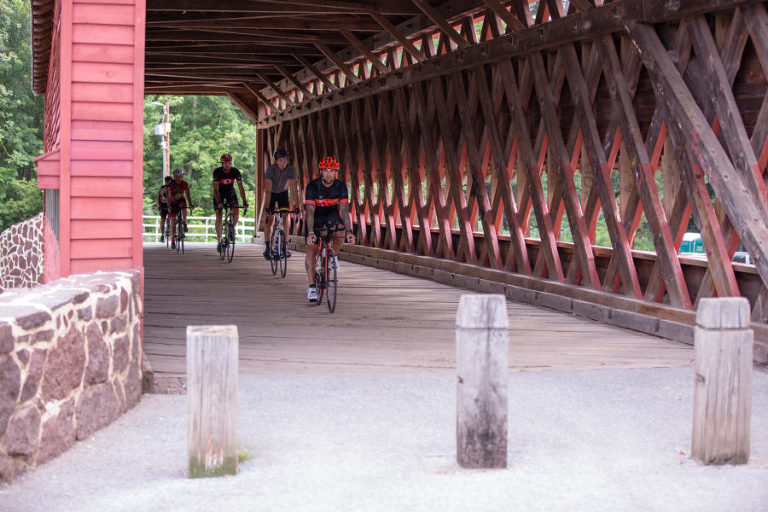 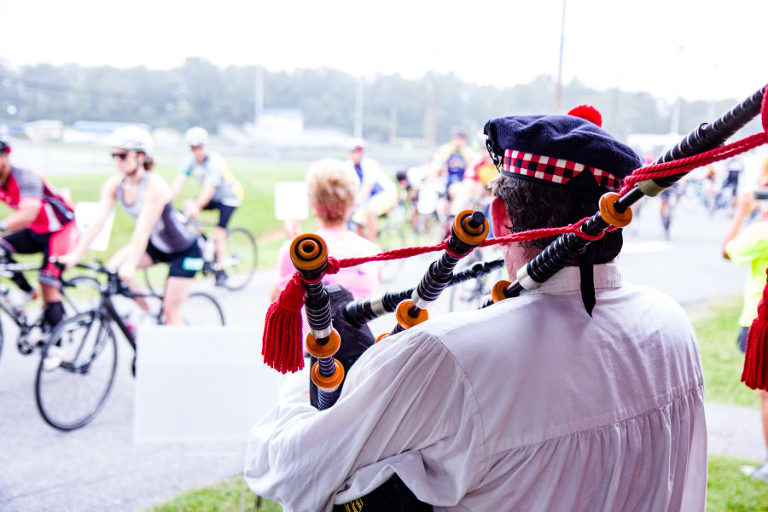 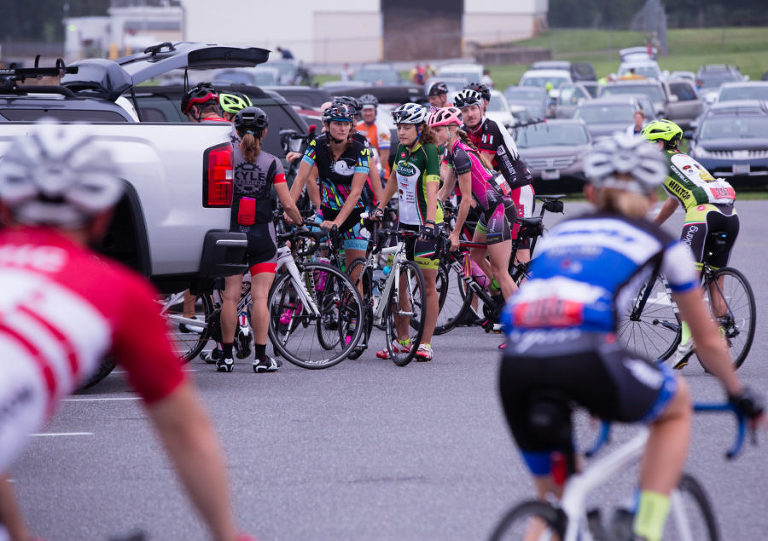 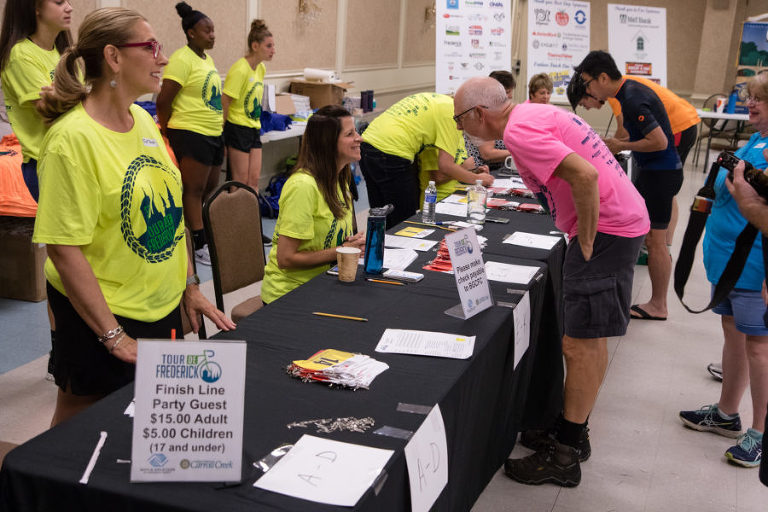 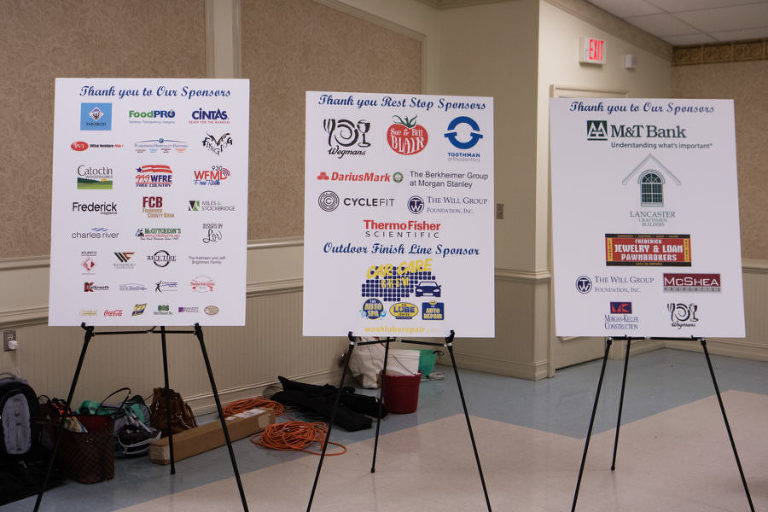 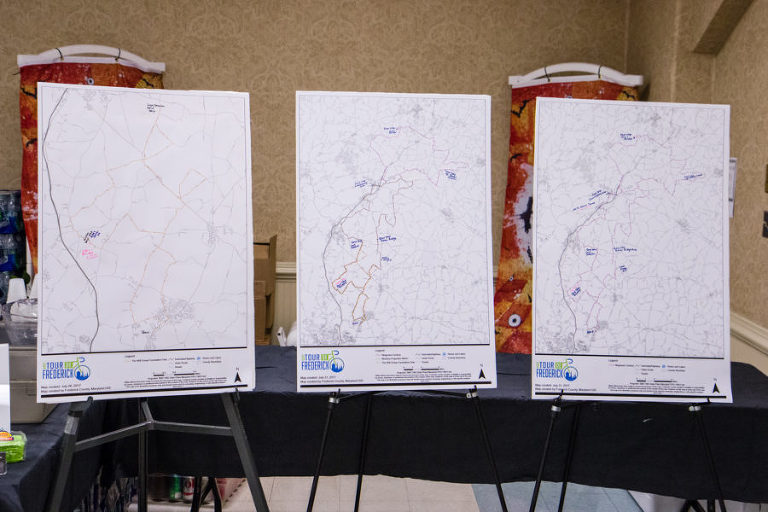 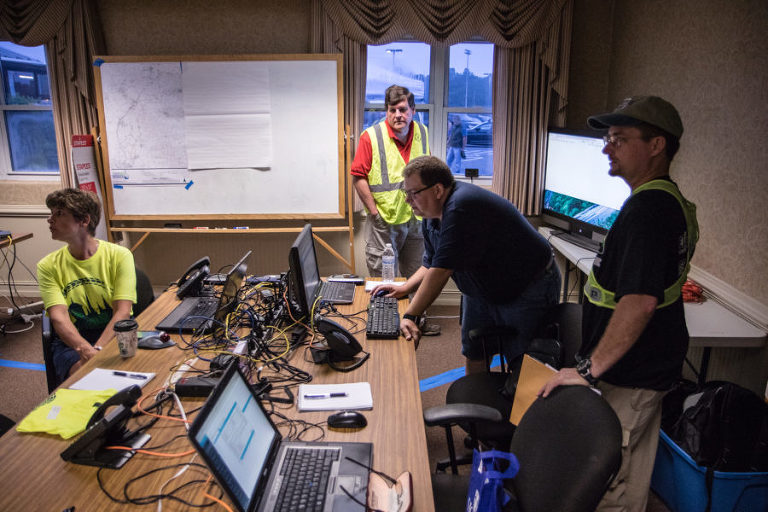 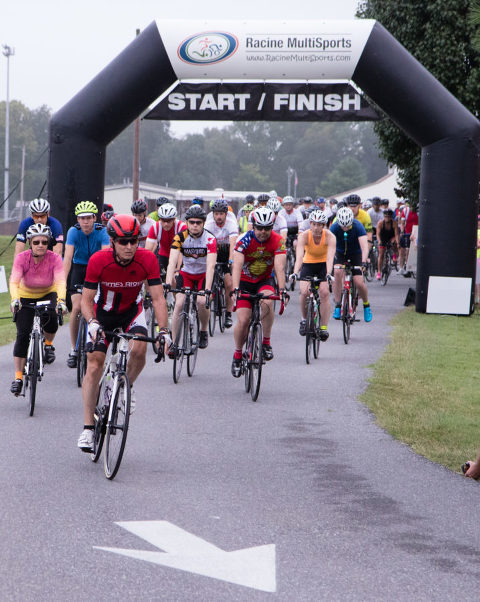 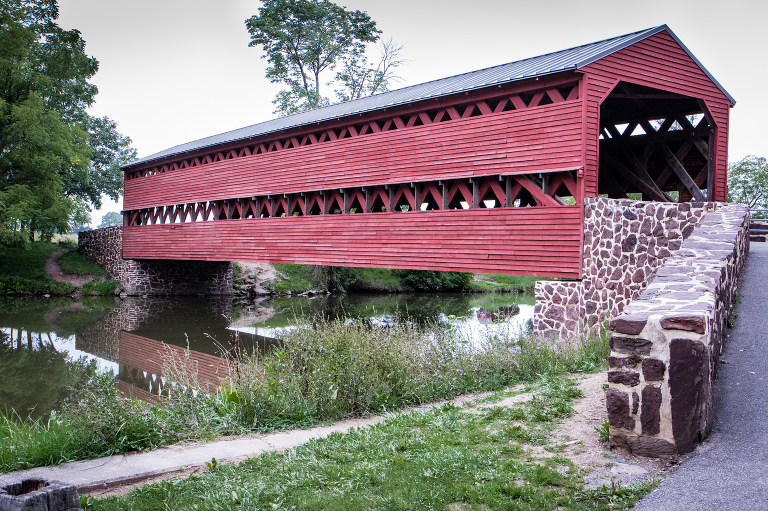 Sachs Covered Bridge, at Gettysburg, is recognized as one of the most, if not the most, historically significant bridges in the US today.