On Monday, Sept 14, 2015 –  3 days after the actual 14th anniversary date, I visited the new Visitor’s Center that opened at the Flight 93 Memorial. The Visitor’s Center is the enormous ramp-like building in the middle of the first photo, at the top of the hill.  It has a slight arc to it, aligning with the Wall of Names below it, in the lower left portion of that same first photo. The reason for the arc is that it replicates the track of Flight 93’s final approach, ending at the large boulder you see pictured from different angles throughout this small collection.  For a better sense of just how immense the memorial is, look at the Center’s size relative to the terrain in the first photo, then scroll through the gallery below to see the Center relative to people.

This is the first photo I took upon entering the Memorial area.  As a friend pointed out, how ironic that it’s almost the same beautiful weather as that horrible day in 2001. 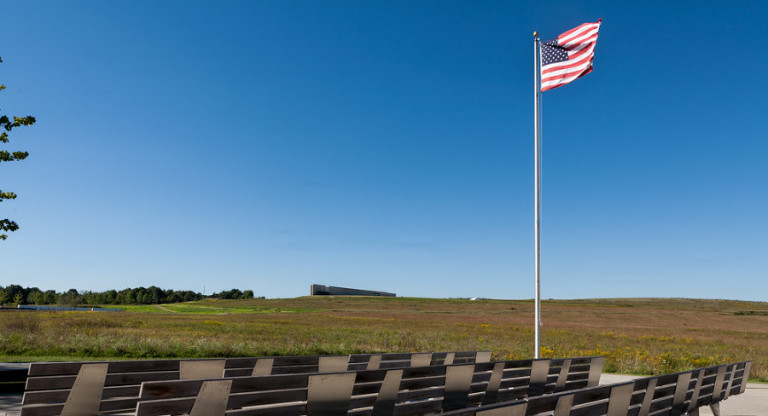 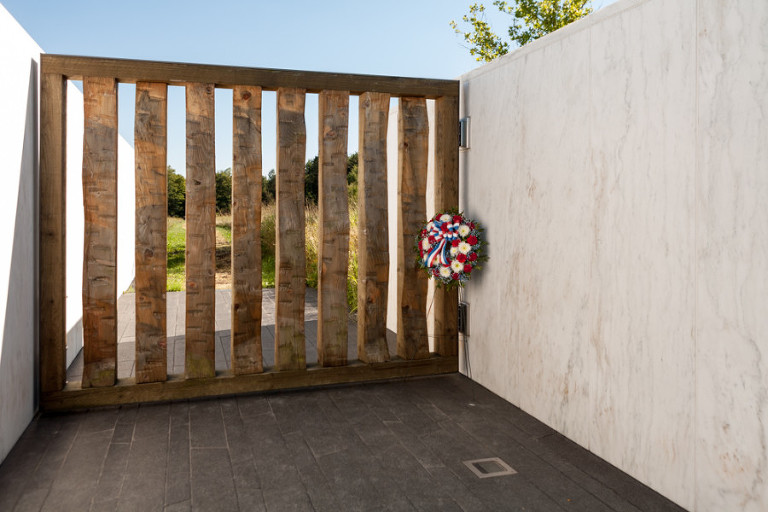 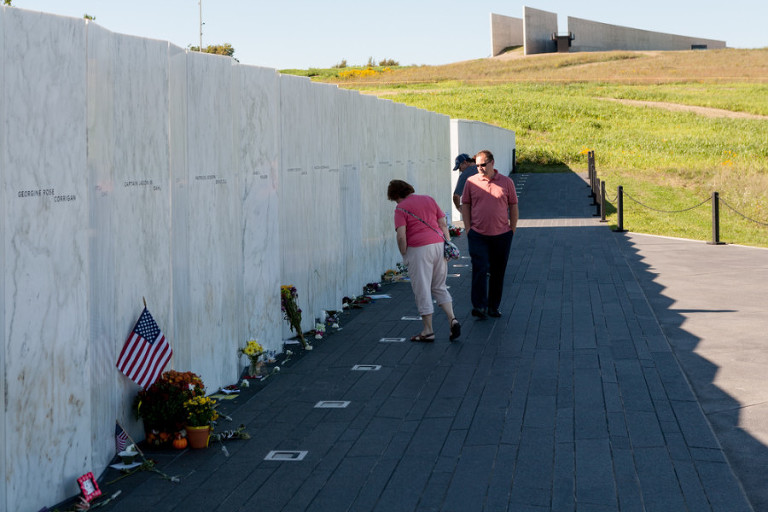 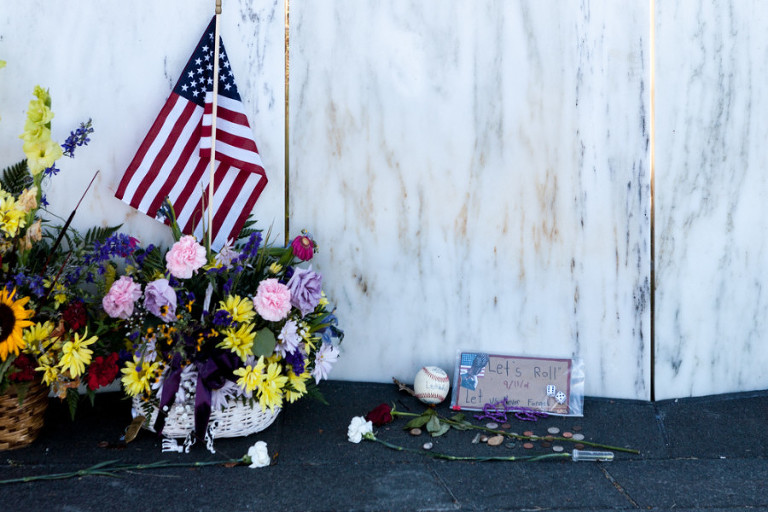 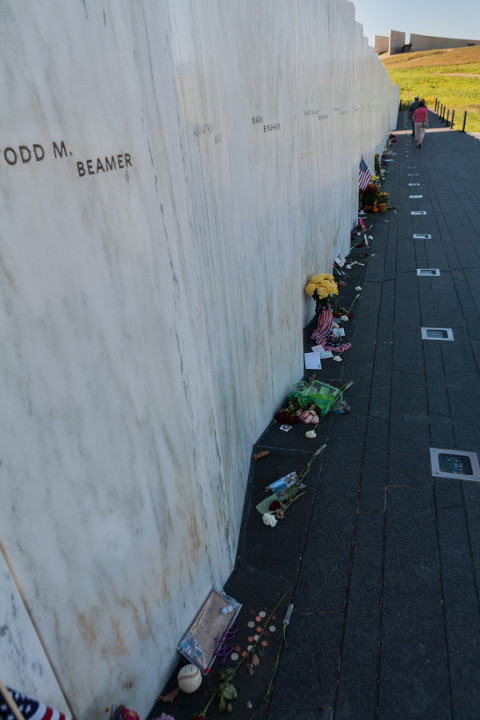 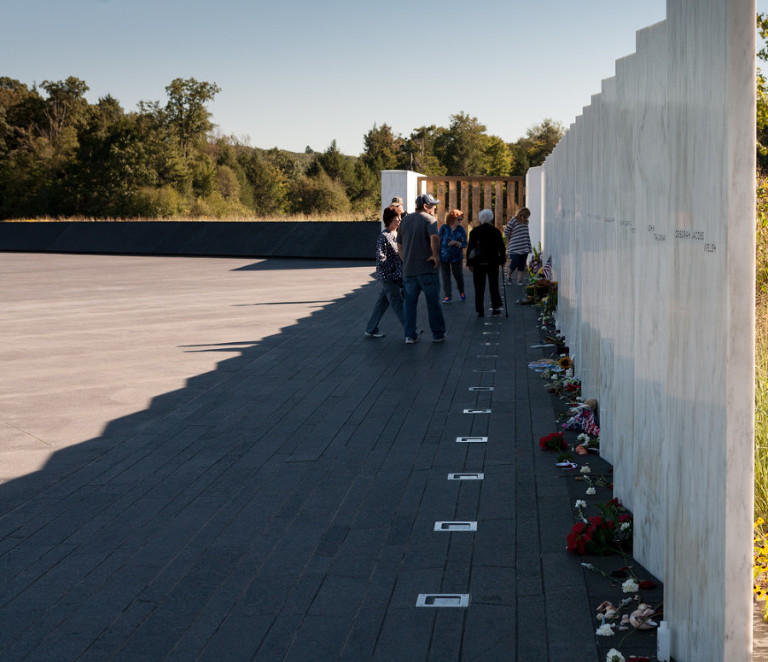 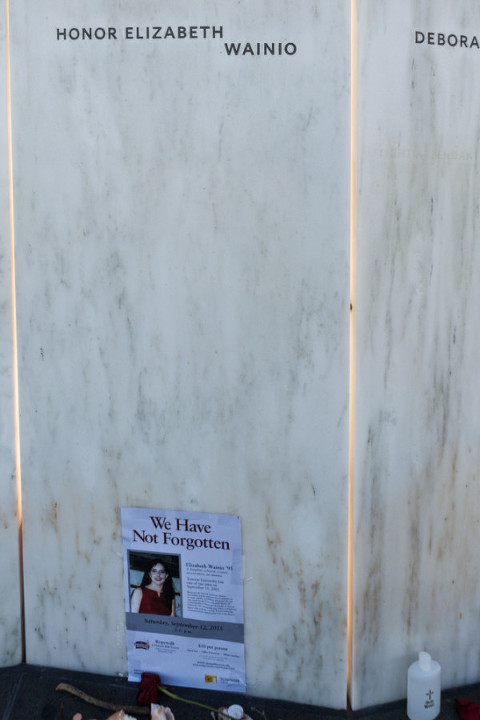 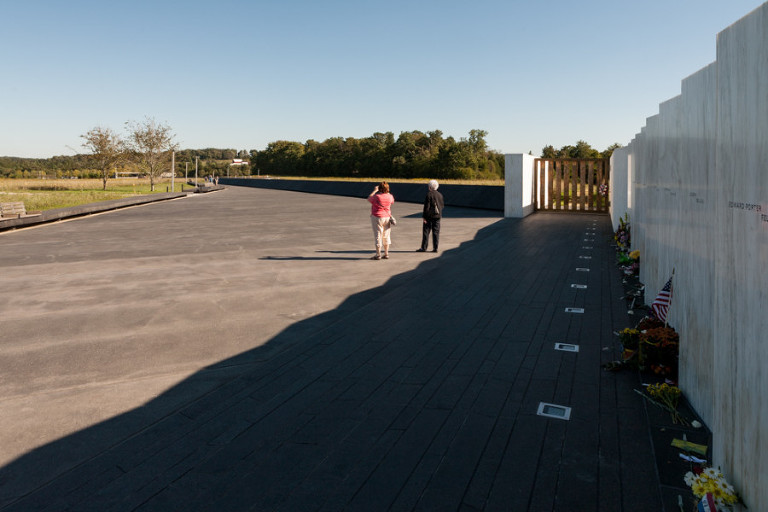 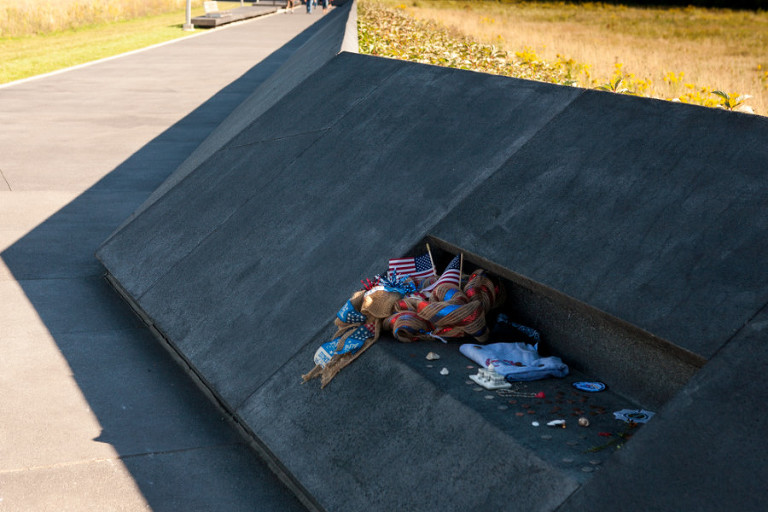 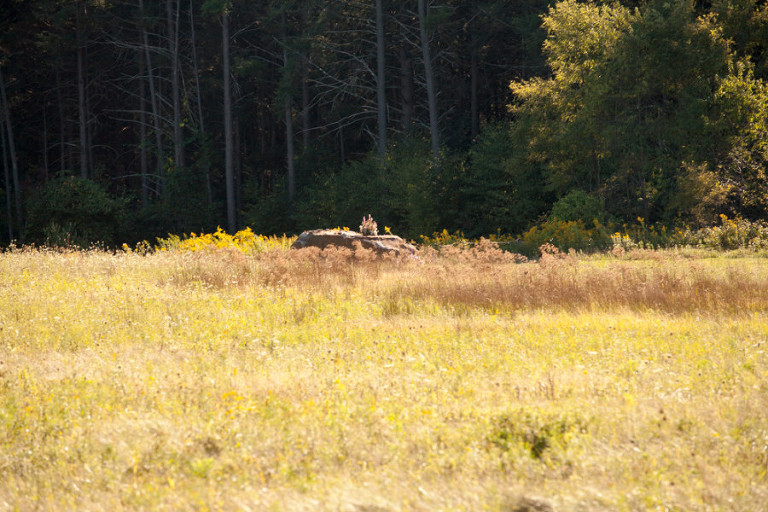 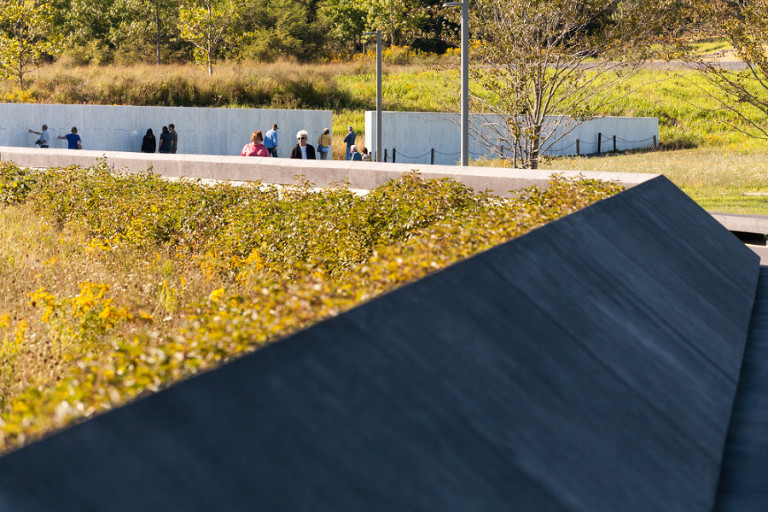 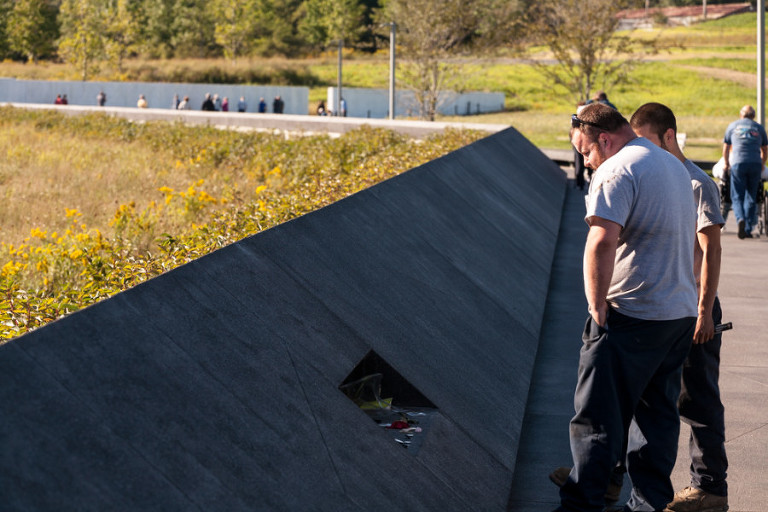 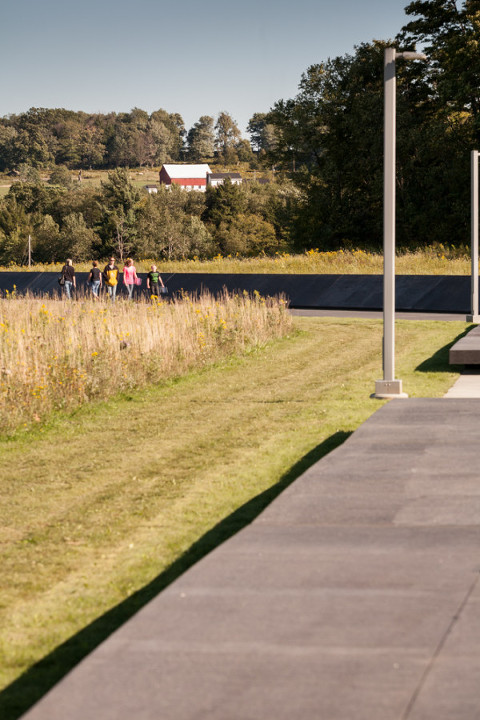 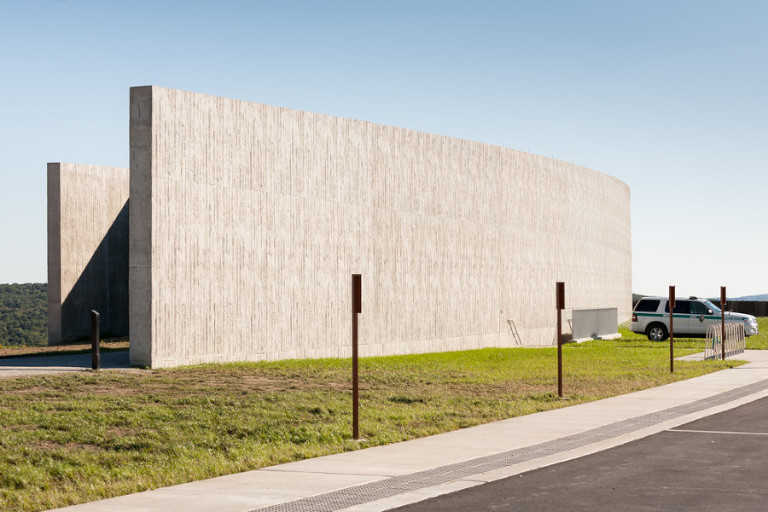 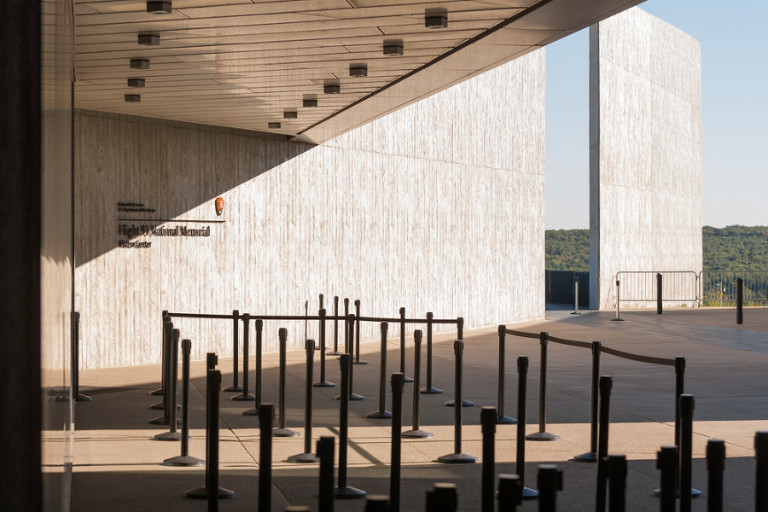 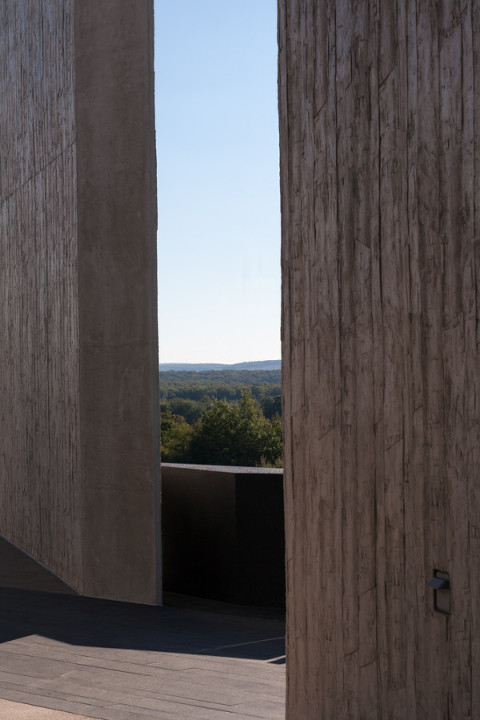 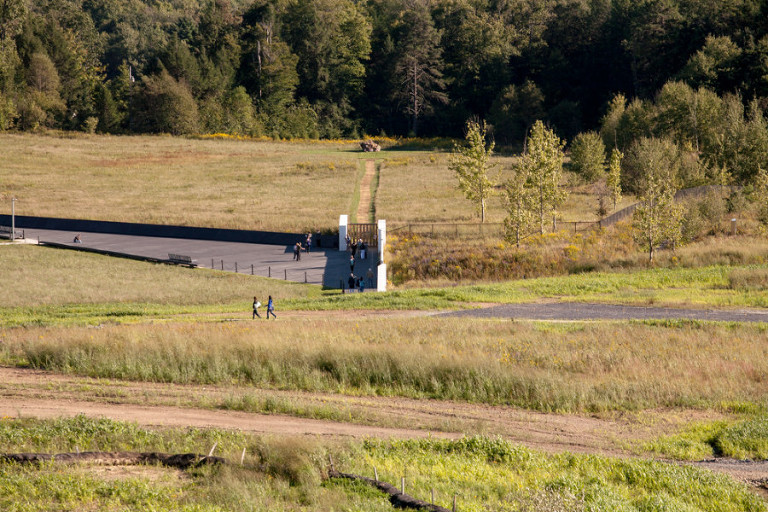 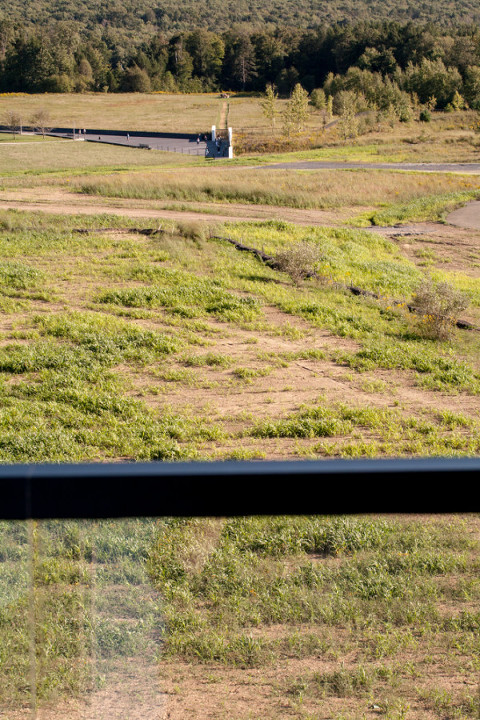 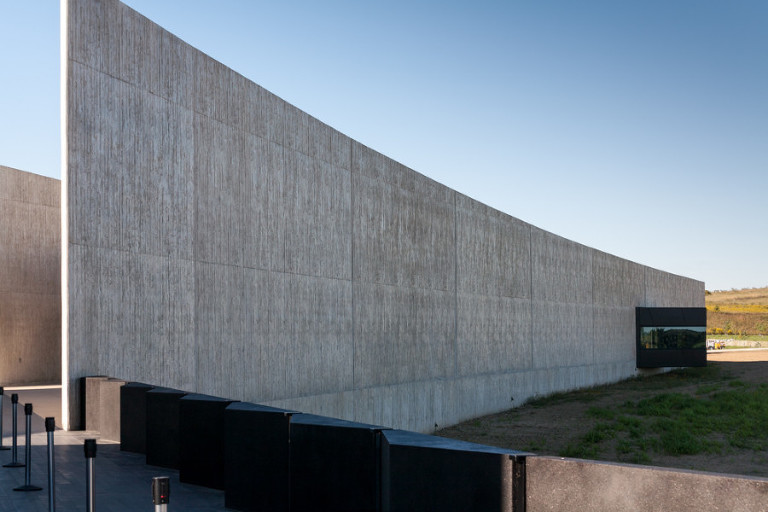 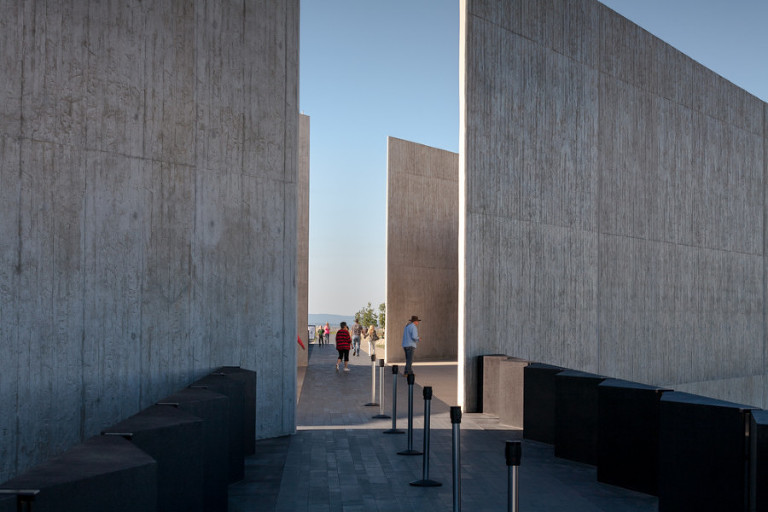 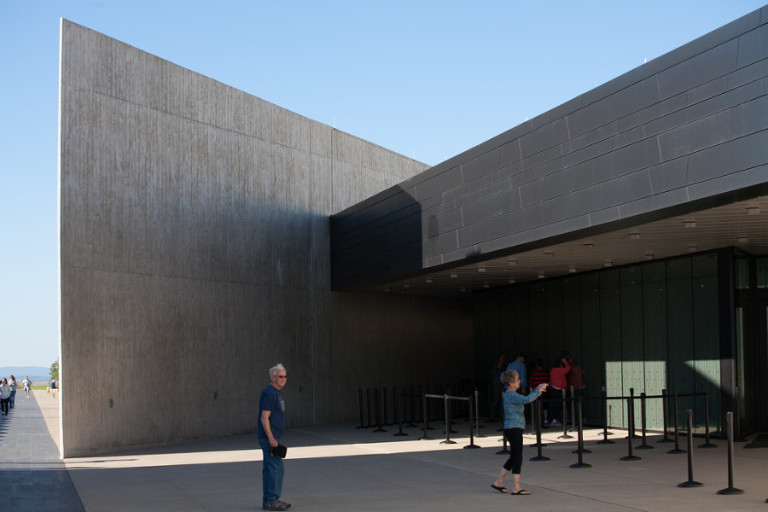 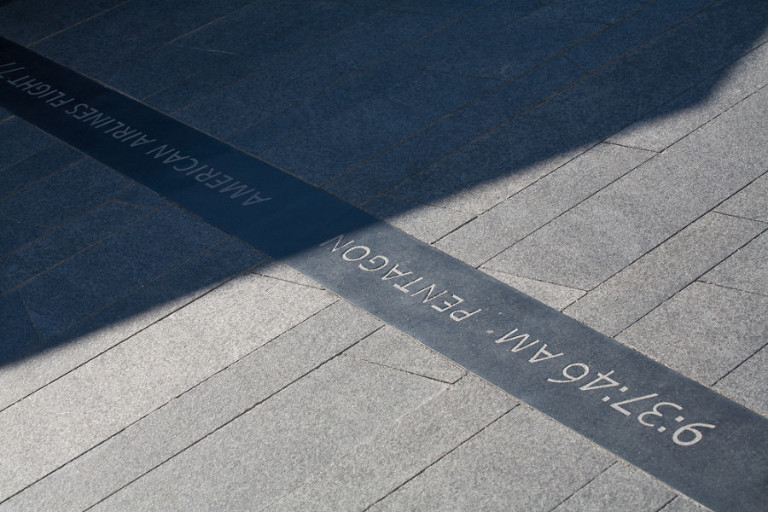 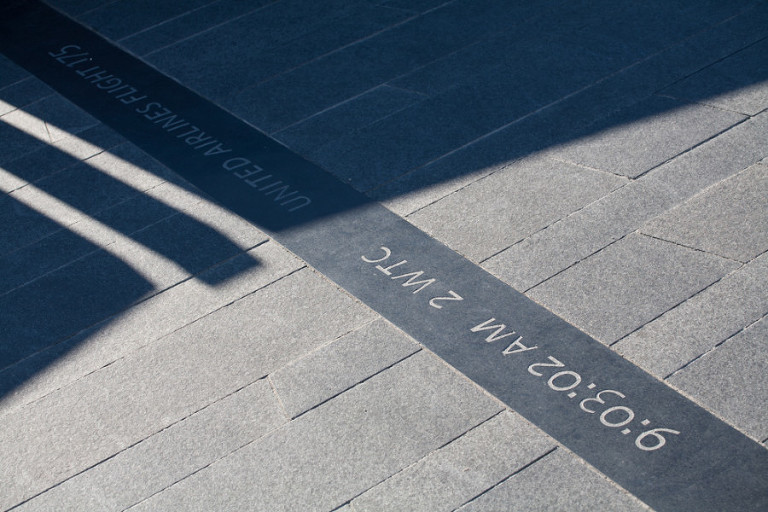 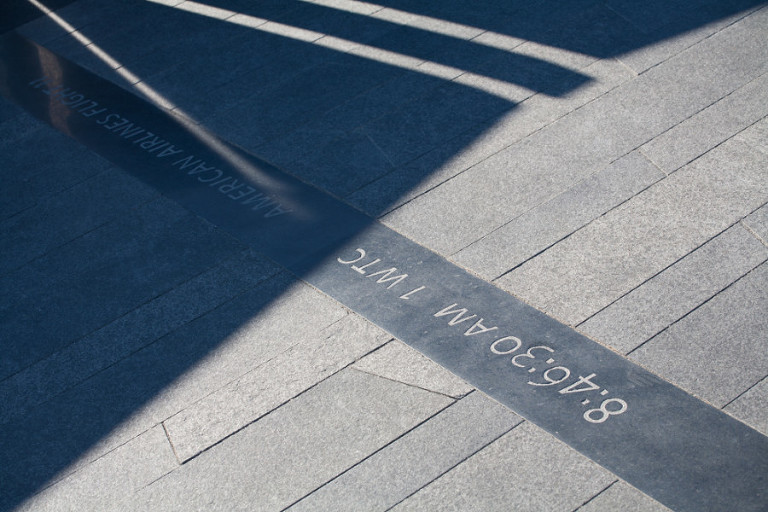 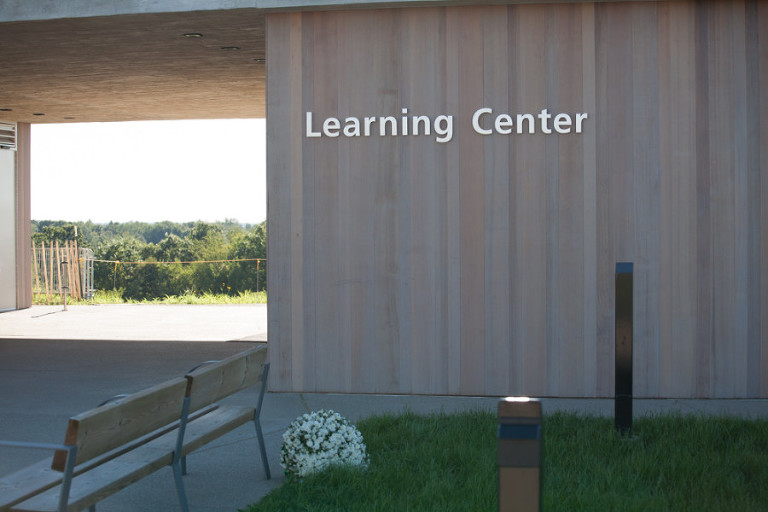 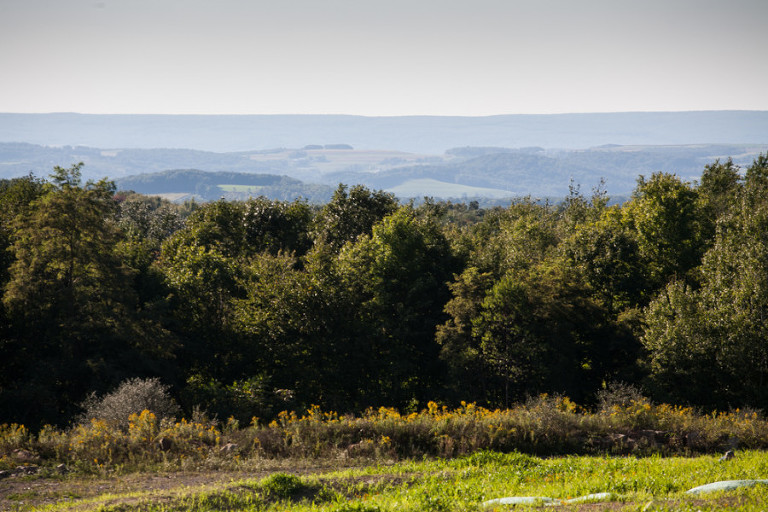 While I’ve heard some remarks that the site is too plain or too difficult to visit – or any of a number of other observations – I found it’s simplicity to be extremely moving. The surrounding countryside along Rt 30 is beautiful and lifts the spirits, especially in the drive from the memorial (the last photo, above).

I’m just glad I went, and recognize not everybody can. There may be more who aren’t willing for whatever reason, or are afraid it will be a disappointment. Not to worry; this is a very somber, spiritual place.

There were many people there, but the site is so big, and they were so very, very quiet and well spread out, it made it seem as though there were few. In speaking with a National Park Ranger, it was obvious that 9/11 was being recognized by a lot of people this year, and that the opening of the Center was probably driving greater attendance here.

It’s very emotional, but in a quiet way.  I was doing OK, reflecting and thinking about creating images that reflected what is so impactful about the simplicity of the memorial.  The massive twin walls of the newly opened visitor’s center trace the arc of the dive to that boulder seen at the end of the mown path.  The boulder had been very near to the crash site, and was moved here after the investigation, when all the remains were buried in the crater.  The coroner was trying to both mark and seal the site.  So the Wall of Names lines up to the boulder, and the Visitor’s Center lines up with the Wall.  There is a slight arc to the enormous parallel walls, reflecting the plane’s path.

As I said, I was doing alright until a Ranger at the entry and exit portal quietly thanked me for coming, and asked what I thought.  That got me.  And yes, in it’s simplicity, it is very beautiful here.  In addition, it is surrounded by some of the most beautiful portions of the Allegheny Mountains, with high ridges, small farms and rustic buildings lining the Lincoln Highway, Route 30.  As you return to the PA Turnpike by driving Rt 30, you are on breathtaking overlooks a thousand feet above the valley floor and looking out over 100 mile vistas.  It’s a fitting transition from the spirituality of the Memorial, back to our more material lives.