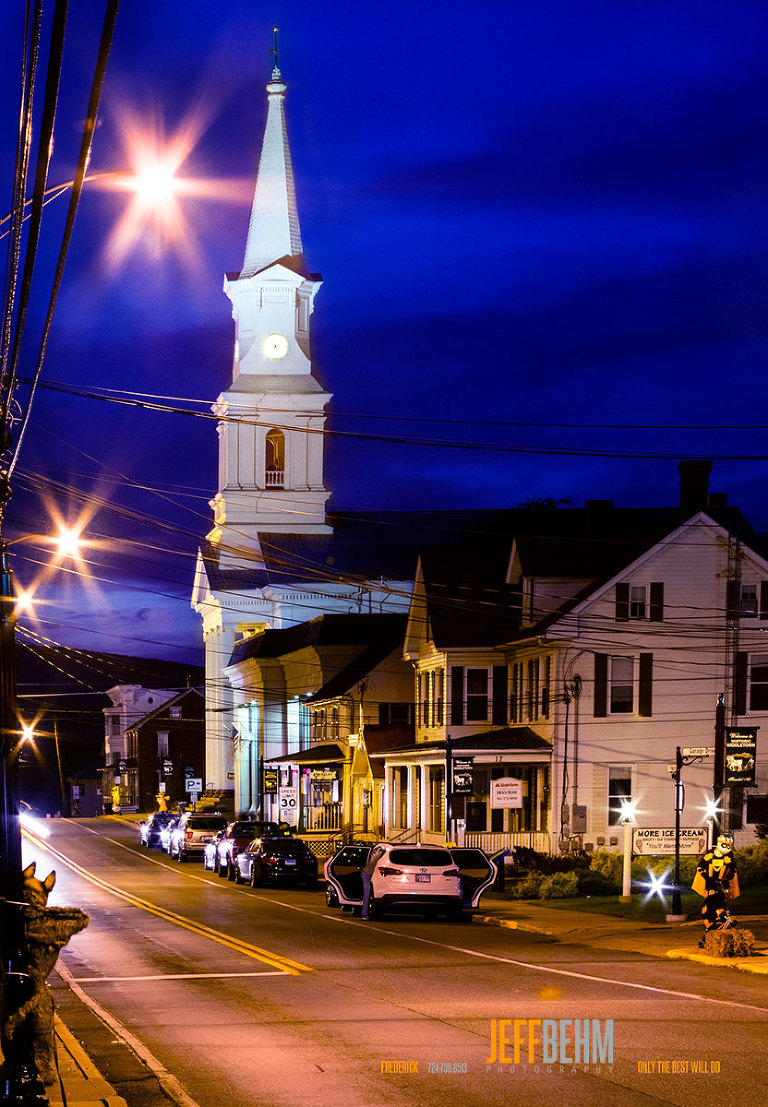 This is one of my favorite views in the area – driving down into Middletown with that big beautiful steeple stretching up and over the town, centering everything in more ways than one. But there are so MANY WIRES!  If you move to a view without wires, it changes the ambience substantially. The church is still gorgeous, but without the town, it lacks something. Sounds like a metaphor…. 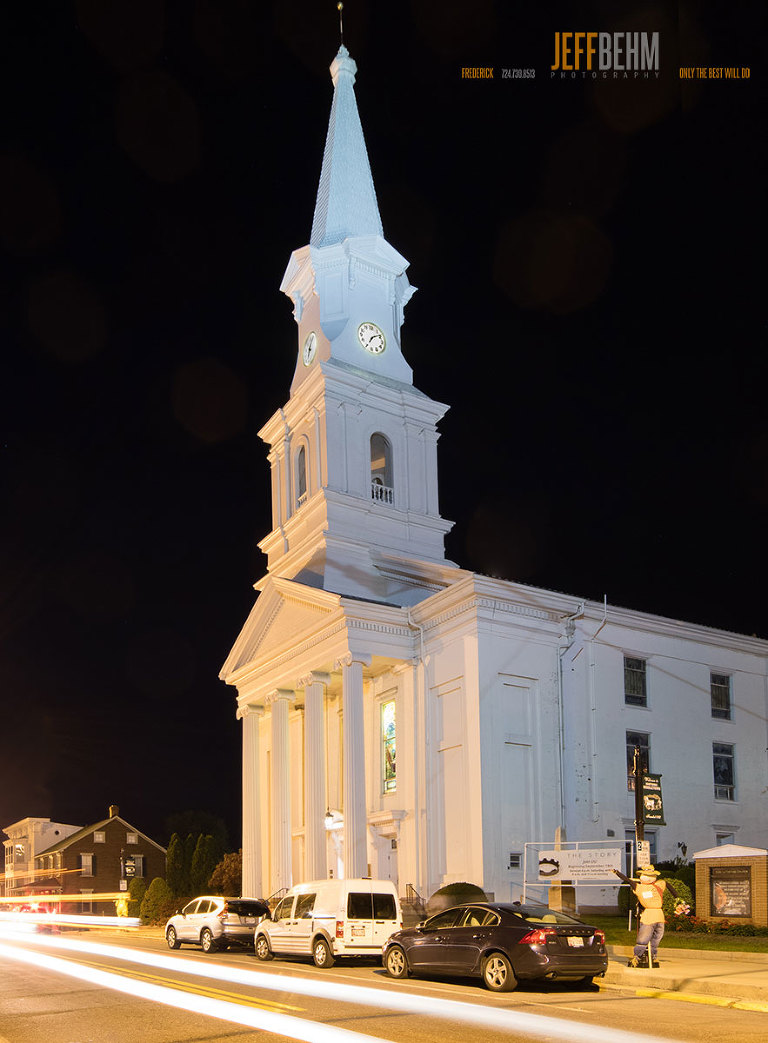 Having made my living in photography for what is now 33 years, I find myself returning to creating images of what attracts me, much like I did before it became my livelihood.  There was a period in my career where the constant demands of “the work” led me to abandon the personal enrichment provided by photography, and to go fishing instead.  Gratefully, I’m back to doing the fun stuff as well as the work stuff, a lot of it exploring the history of Frederick, Maryland and extending up into the Gettysburg area.  These photographs of Middletown’s Zion Lutheran Church are two such.

Some the interesting history includes:

Middletown is thought to take its name from its location in the valley “in the middle” between The Catoctin Mountains on the east side, and South Mountain on the west.

Settlement by Europeans began as early as the 1730’s.

Surveyor, Lieutenant George Washington, referred to this valley as one of the most beautiful places he had ever seen.  Later, in 1755, Washington guided British General Braddock through here on the way to Fort Cumberland.  The Catoctin Mountain heights above Middletown are known as Braddock Heights, still.

Braddock Heights later became a popular escape and resort area for the wealthy escaping the summer heat of Washington DC.

Middletown is located on the National Pike, which is its main street.  All of the earliest homes and businesses are very close to the road as was common in the times.  This, in order to avoid long walks from buildings through the mud surrounding the unpaved roads of the time.

Armies of both the American Revolution and the Civil War marched through Middletown.

The Battle of Antietam took place roughly 16 miles by road from Middletown, and both Confederate and Union Armies marched through town on their way, separated literally by a day or so before meeting in what is still America’s bloodiest single day of combat, roughly 4000 killed and a total of 23,000 killed, wounded or missing.

Following the battle, Middletown’s churches, schools and homes became hospitals for the wounded.

Jeff Behm Photography is a professional service, fully conversant with meeting the needs for quality photography locally, nationally and internationally.  Located in Frederick, Maryland, and especially convenient to clients in Washington DC and Baltimore. Call 724-730-8513 for more information.

Posted in Art/Scenic, Uncategorized
Show Hide 0 comments
« Did Someone Say Chocolate Cake?
Caring for One Another »