Do you have a photographic heirloom that’s fading away?  Photo retouching and restoration is something we’ve been performing at the highest levels for 20 years.

When this original photo arrived, it was approximately 2.75 by about 3.25 inches and faded almost to black and white, even though it was originally a color photograph. 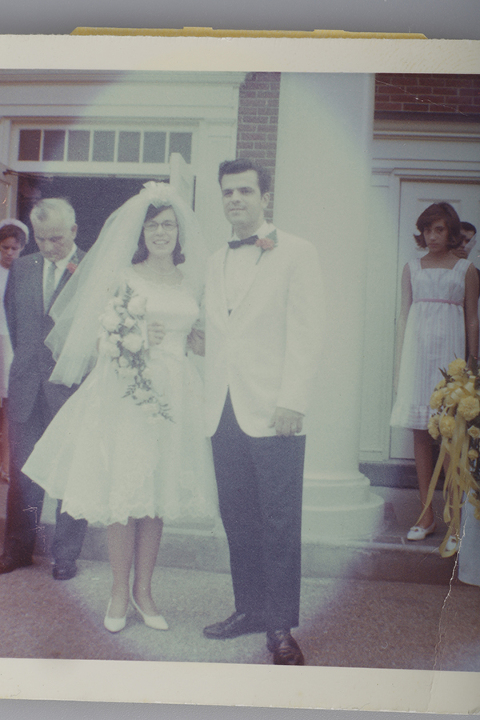 The first step is to make a quality copy, which we did.  Then we have to find the original colors and seek ways to bring those back to life.

Once that’s completed, we most often email a copy of the image to the client for review.  At first we showed the image as an 8×10 but the client decided on a 5×7.  Bother are quite a lot of enlargement from the original. 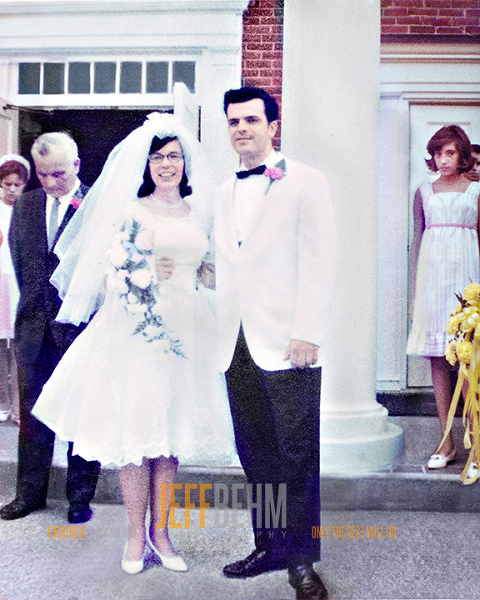 After they review, there are often additional changes requested, for which we send an added estimate, known as a “Change Order” stating what that adds to the original bid.

For the first change order, we were asked to remove all the people other than the bride and groom.  This was done incrementally.  One thing that clients often overlook at this stage is this: we can’t just remove the person – there’s nothing behind them.  So whatever background elements are present have to be created or extended to fill the void. 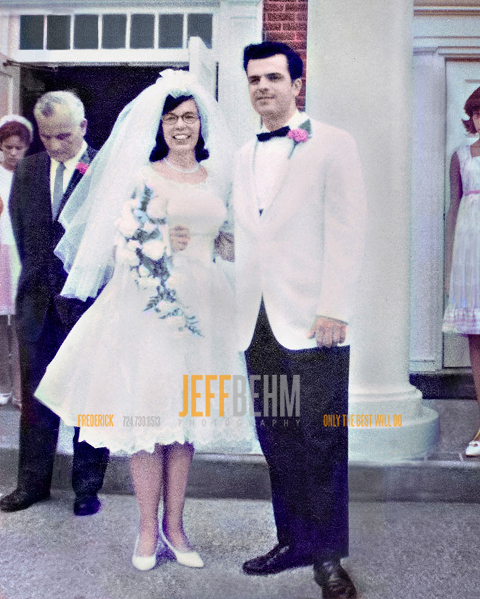 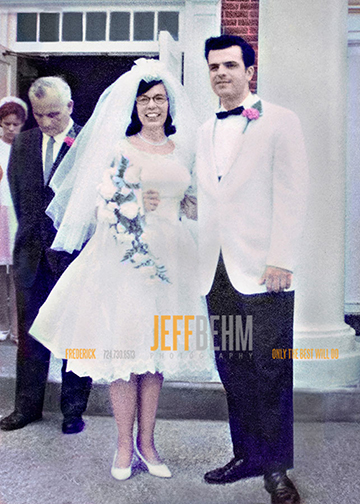 In this case, the original photographer had also cut off the groom’s shoe at the toe, which we were asked to correct.  This was something also not in the original job description, so had to be estimated.  More sidewalk and the shoe toe had to be made. 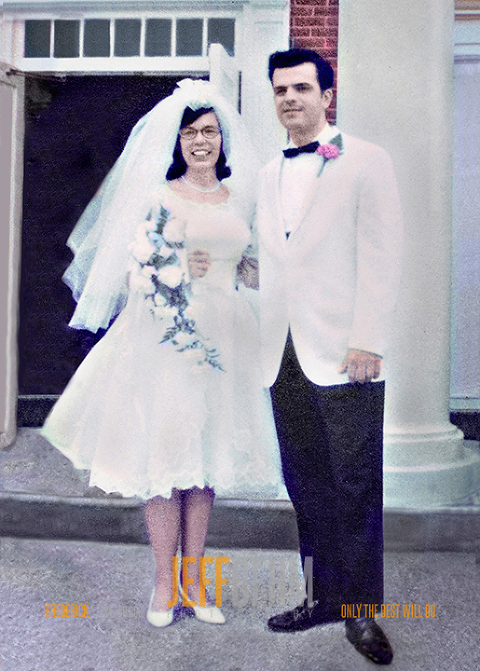 The project neared completion with the removal of the two people to the left of the couple as we look at them.  Again, it was necessary to create replacement background elements.

Once that was accomplished, our client noticed the door above the bride’s head/veil, and asked that it be removed as well, generating another change order. 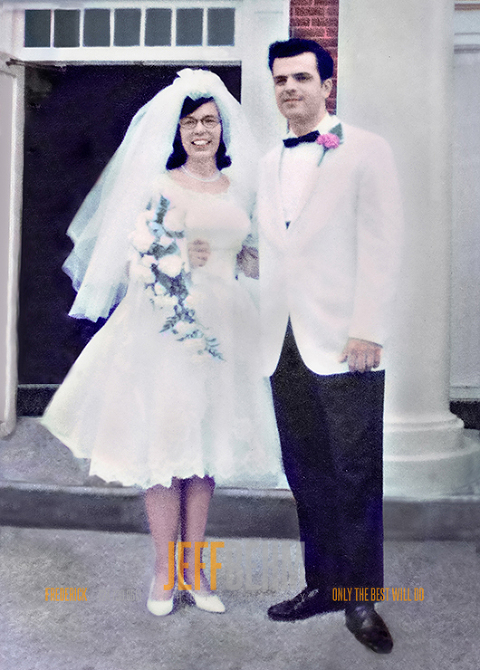 It’s at this point that we look to smooth out any “noise” or apparent graininess before completion.

The use of the change orders assures that you know what we are doing as the project progresses and keeps you from being surprised if you decide to have more done than was in the original request.