Having just today gotten a new DSLR body, I needed to start setting it up to match my other cameras in operational settings.  In the middle of a session is NOT the time to fumble for a control that either isn’t behaving or isn’t placed as you expect it to be.  After spending some time on that, it was getting toward dusk.  Since I hadn’t been out to photograph any autumn as yet, that seemed an option, but  Frederick itself is a little behind Pennsylvania and other points north for full color, so I went up the mountain, where the colors currently are for this area.

Once up to the Lookout, the color was a little less intense than I’d hoped, but the sunset was beautiful – no clouds, but the afterglow was intense!

All in all, the camera performed admirably, too. 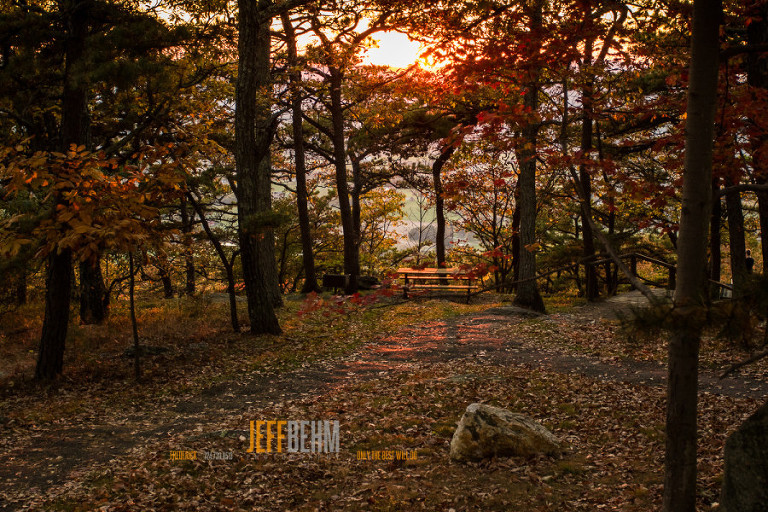 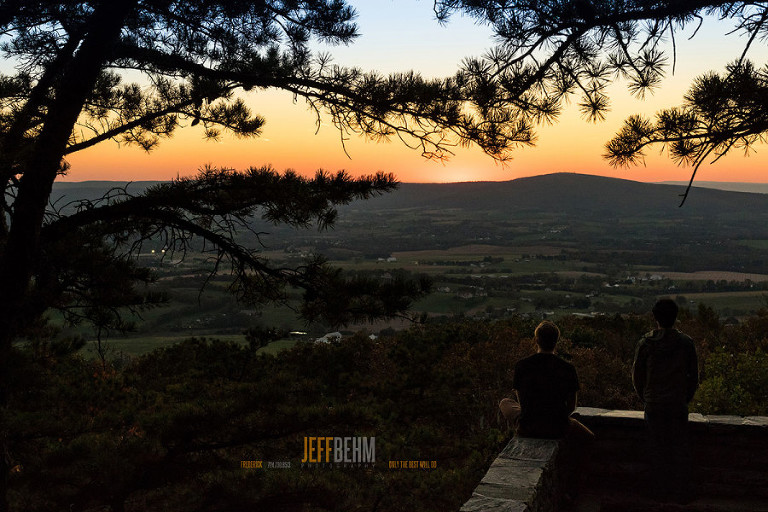 Looking almost directly toward Antietam Battlefield, on the opposite side of South Mountain; here, hiding the sun